Prevent skin cancer with Vitamin B3 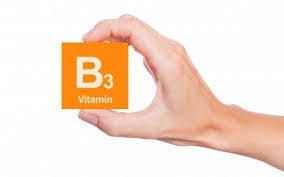 An inexpensive vitamin B product, widely available over the counter, has been shown to reduce significantly the risk of developing further skin cancers in patients who have already been diagnosed with nonmelanoma skin cancer. The product is nicotinamide, taken orally 500 mg twice daily.

"This is the first clear evidence that we can reduce skin cancers using a simple vitamin, together with sensible skin protection," commented senior study author Diona Damian, MBBS, PhD, professor of dermatology at the Dermatology University of Sydney in Australia.

"It is safe and...inexpensive, and this one is ready to go into the clinic," she said.

Nonmelanoma skin cancer is the most common cancer worldwide, she said.

In Australia, it is four times more common than any other cancer, and it affects more than half the population during their lifetime.

We have a remarkably simple and inexpensive way to help people avoid repeat diagnosis of some of the most common skin cancers.

"With this study, we have a remarkably simple and inexpensive way to help people avoid repeat diagnosis of some of the most common skin cancers," commented ASCO President Peter Yu, MD, who is director of cancer research at the Palo Alto Medical Foundation in Mountain View and Sunnyvale, California. During the press briefing, he described this research as a "major advance" in prevention.

See why Dr Natasha Cook has designed and created the Concentrated  Enriched Hydration cream with topical 5% Vitamin B3. The study was conducted at two tertiary treatment centers in Sydney from 2011 to 2014. It involved 386 patients who had at least two nonmelanoma skin cancers in the last 5 years (median was eight skin cancers, but one patient had 52 lesions), and hence were considered to be at high risk.

The study population reflects the sort of patients typically seen in a skin cancer clinic, the researchers note; the average age was 66 years (range, 30 to 90), and two-thirds of the patients were men. Many patients also had ongoing concomitant disease, such as heart disease, arthritis, hypertension, and chronic lung disease.